You are here: Home > Tryconnell – we call him Smooch 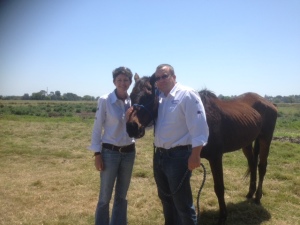